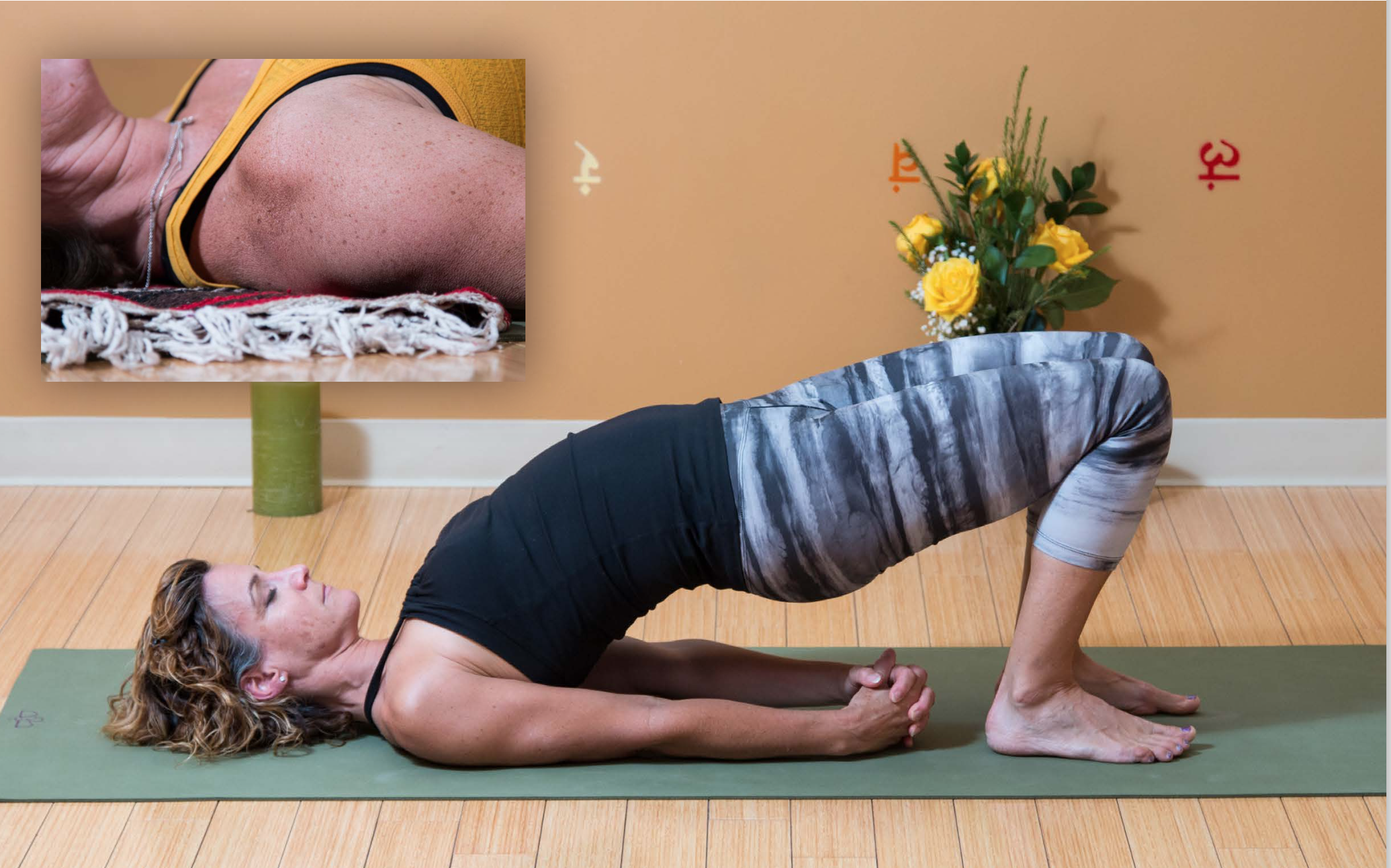 Overview of Pose: Derived from the Ashtanga Pose Setu Bandhasana, Bridge Pose is a gentle, simple back bend that works as a great counterpose to most forward folds (like Downward Dog). While not a classic Yin pose (in that, without a prop, it requires muscular contraction to sustain the pose), Bridge nevertheless helps open the fascia of the back body while providing a gentle counterpoint to the longer, more traditional Yin holds.

Basic Cuing: From Lying on the Back, begin to walk the heels closer and closer to the sitz bones. When they’re as close as possible, press into the feet and lift the hips up to the sky, rolling onto the tops of the shoulders. Once the pose is attained, work to relax the muscles of the back body (glutes and hamstrings), using the abdominal muscles and the body’s basic skeletal system to sustain the pose. Avoid pressure on the neck by working to take the chin away from the heart.

Modifications/Props: Place a blanket lengthwise across the tops of the shoulders to help protect the neck; for a more energetic release, place a block or bolster between the knees and press inward. We also typically cue placing a block or bolster under the pelvis for a more restorative Yin stretch.

Flow Ideas: We often insert bridge toward the end of class, usually as a back body release after a series of forward folds. Bridge also works great as a lead in pose to spinal twists, and can even be performed against the wall as a quasi Shoulder Stand during a wall Yin flow.

Is there a Yin pose you’d like to see featured? Please let me know, and we’ll put it up!