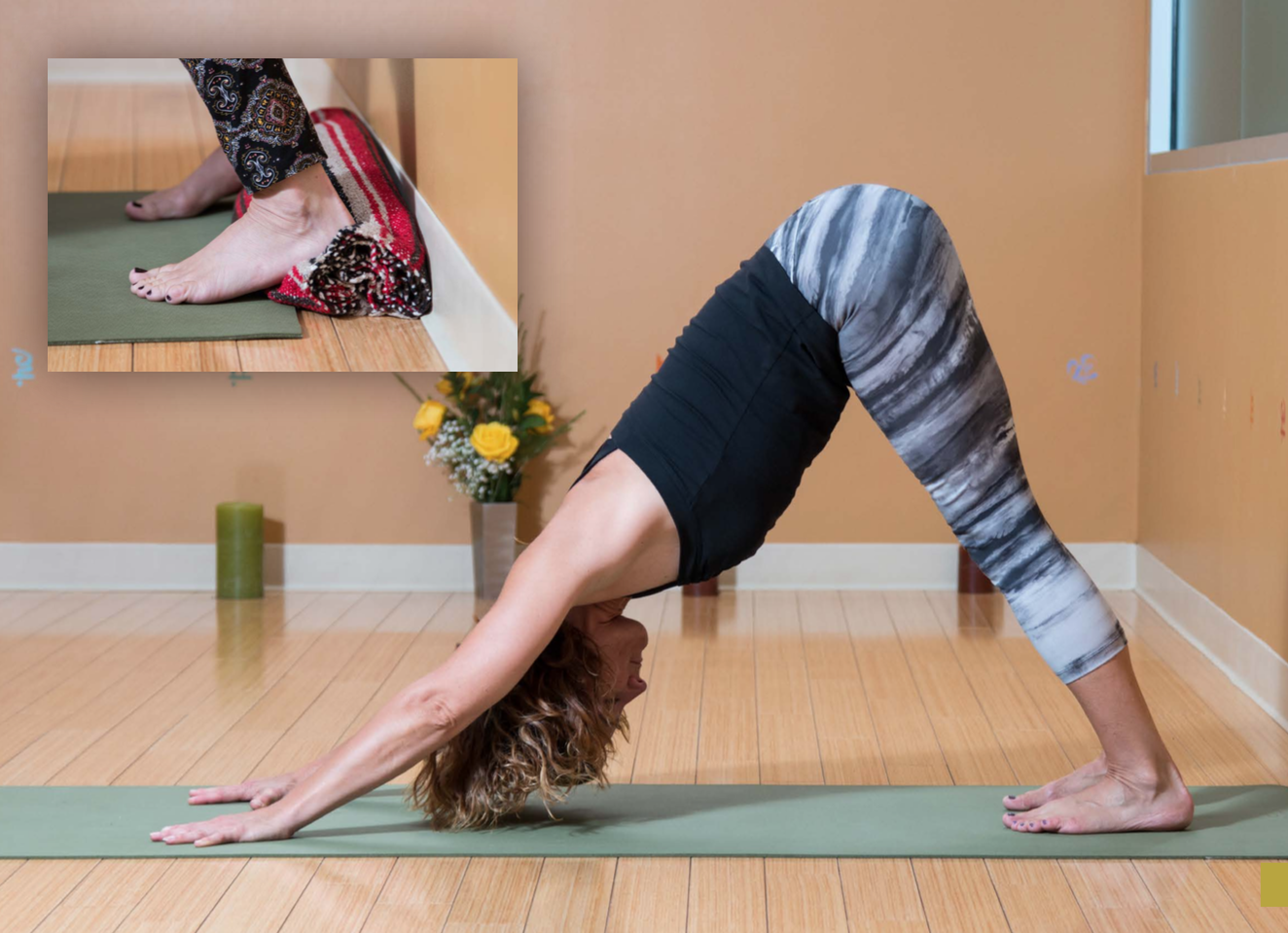 Overview of Pose: While not a traditional Yin posture, we include “D Dog” in many of our Yin classes. We’ve found that it acts as a great counterpose for back bends and forward folds, helps realign the joints (hips and shoulders) after twists, acts as great linking pose when moving, say, from kneeling poses to Dangling Pose to Garland Pose to Inverted Lake, and allows for proper contraction of large muscle groups at key times within the flow (e.g., helps re-engage the glutes and quadriceps to take pressure off the sciatic nerve after, say, Pigeon or Dragon).

Basic Cuing: From hands and knees, feel a lift in the backs of the knees as the toes curl under and the hips lift to the sky. Tip the tailbone up to the sky, then release belly toward quadriceps. Neck is long and relaxed as gaze gently tips up between legs.

Modifications/Props: Press heels into wall; place rolled mat or blanket under heels; squeeze block between inner thighs, rolling thighs in and back.

Flow Ideas: Use as transitional pose to flow between one group of poses and another (say, kneeling poses to wall poses, or linking Dangling Pose to Dragon or Pigeon.

One thought on “Downward Dog”